There is vibrant local wildlife found in the Collabo Camp forest. Every season brings different animals and different activities. Watch the non stop action of birds singing and swooping, a porcupine curled up in a tree, or a mother deer and her fawn walking the trails. Discover the animals living amongst us!

The yellow-bellied sapsucker sphyrapicus varius is a medium-sized woodpecker that breeds in Canada and the northeastern United States. 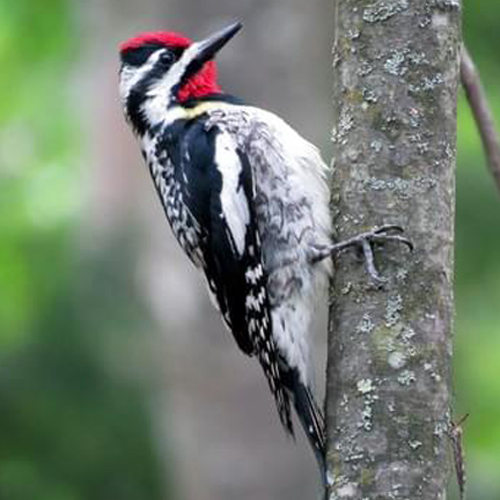 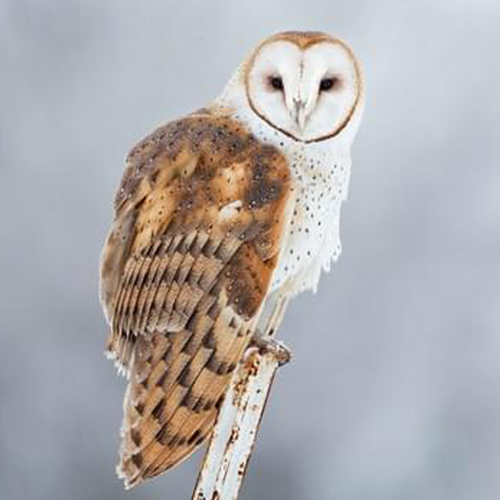 The red fox vulpes vulpes is the largest of the true foxes and one of the most widely distributed members of the order Carnivora, being present across the entire Northern Hemisphere including most of North America, Europe and Asia plus parts of Northern Africa. It is listed as least concern by the IUCN. 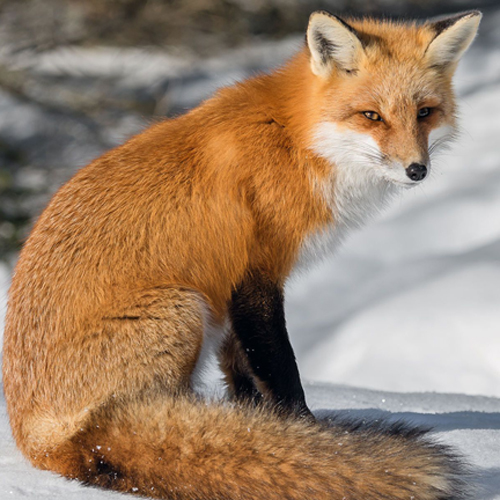 The snowy owl bubo scandiacus is a large, white owl of the true owl family. It is sometimes also referred to, more infrequently, as the polar owl, white owl and the Arctic owl. Snowy owls are native to the Arctic regions of both North America and the Palearctic, breeding mostly on the tundra. 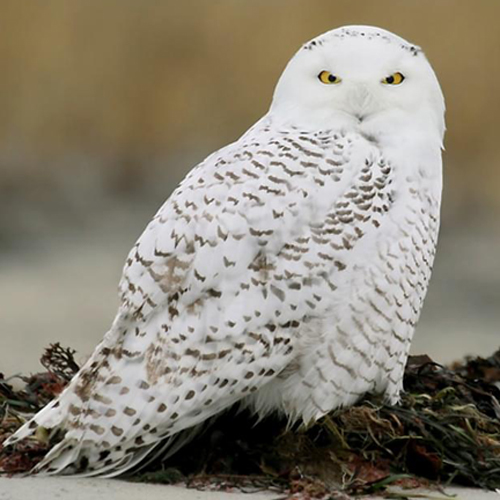 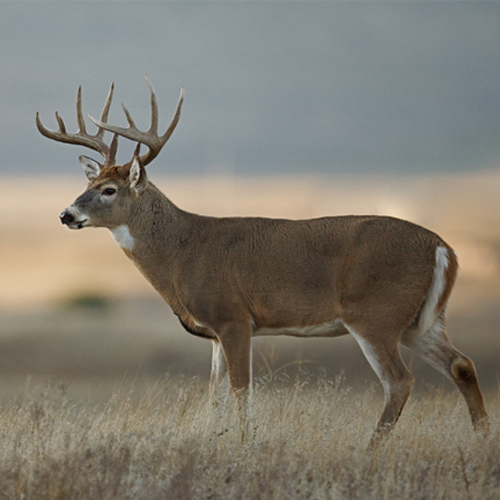 The black-chinned hummingbird archilochus alexandri is a small hummingbird occupying a broad range of habitats. It is migratory, spending winter as far south as Mexico.

Black squirrels sciurus niger are a melanistic subgroup of squirrels with black coloration on their fur. The phenomenon occurs with several species of squirrels, although it is most frequent with the eastern gray squirrel and the fox squirrel. 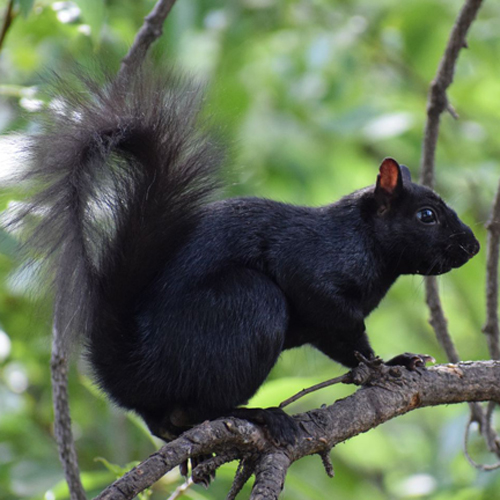 Although the Wolverine Gulo gulo belongs to the weasel family, Mustelidae, it is not as long and lean as typical weasels, but rather short and thick, like a small bear. Its head is broad and round, with small eyes and short rounded ears. Its legs are short and sturdy, with five toes on each foot. Its long, curved claws are semi-retractile, which means they can be partly drawn back in, and they are used for climbing and digging. Its teeth are strong, and its head, neck, and shoulder muscles are well-developed. These adaptations allow the Wolverine to feed on frozen flesh and bone, a survival tactic for the harsh and remote environments in which they reside. 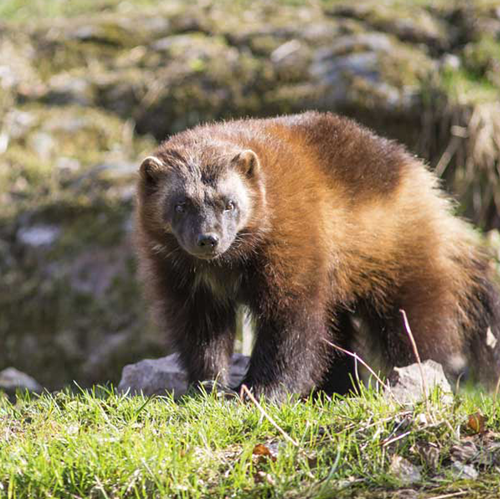 The coyote canis latrans is one of the seven representatives of the Canidae family found in Canada. Other members of the family are the wolf, red fox, arctic fox, grey fox, swift fox, and dog. 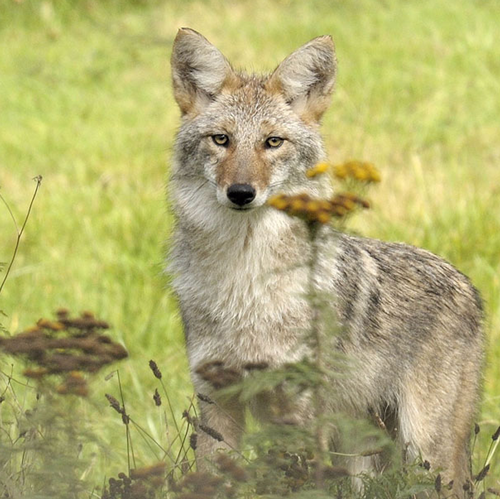 The common raccoon procyon lotor is probably best known for its mischievous-looking black face mask. Raccoons are usually a grizzled grey in colour with a tail marked by five to 10 alternating black and brown rings. Body coloration can vary from albino, (white) to melanistic (black) or brown. An annual moult, or shedding, of the fur begins in the spring and lasts about three months. 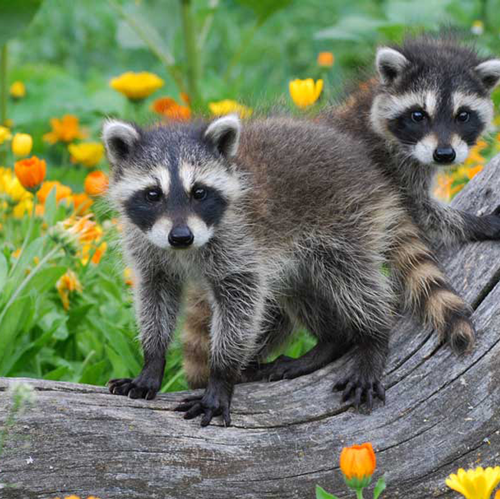 Chipmunks tames are small, striped rodents of the family Sciuridae. Chipmunks are found in North America, with the exception of the Siberian chipmunk which is found primarily in Asia. 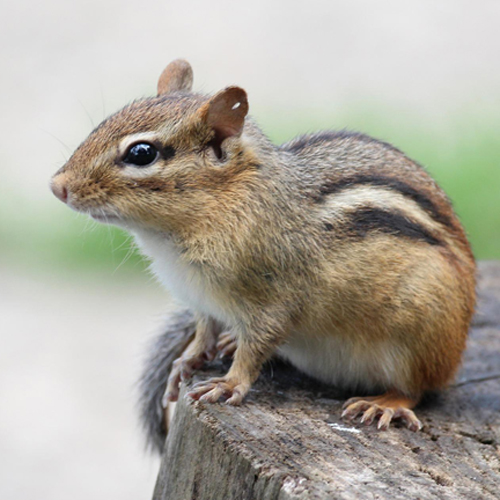 The porcupine erethizon dorsatum is one of Canada’s best-known mammals, both in life and in legend. Its fame stems from its coat of quills, which keeps most enemies at a respectful distance. 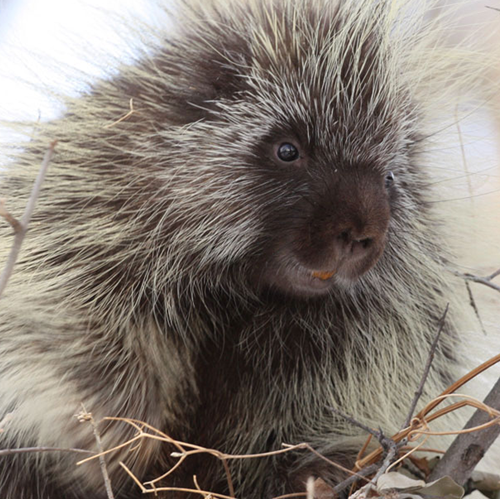 The American badger taxidea taxus is a North American badger, somewhat similar in appearance to the European badger, although not closely related. It is found in the western and central United States, northern Mexico, and south-central Canada to certain areas of southwestern British Columbia. 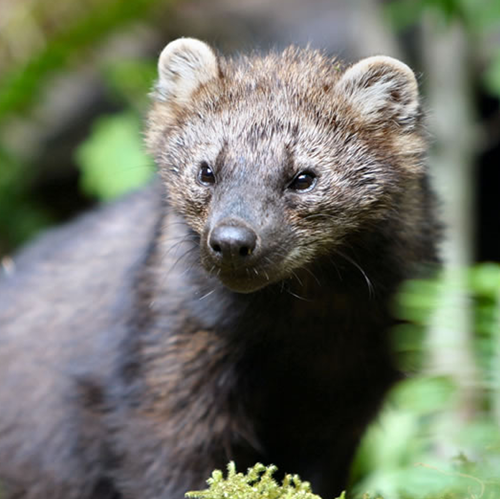 Black bears ursus americanus hold a special position in the ecosystem of Ontario, and their populations are carefully guarded through measures of adaptive management and selective harvesting. Current populations are healthy and hunt-able, one of the largest populations in North America. 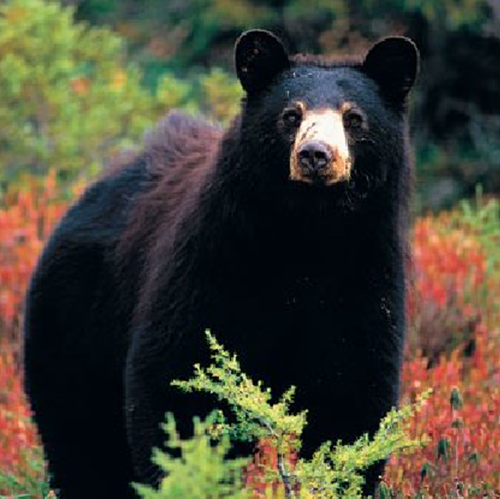 The American Robin turdus migratorius is one of the best-known birds in North America. It was given its name by the early settlers, who thought that, with its reddish breast, it resembled the English Robin. However, the American Robin is a thrush, not a robin, and except for the colour of its breast, it does not look like the small brown European bird. 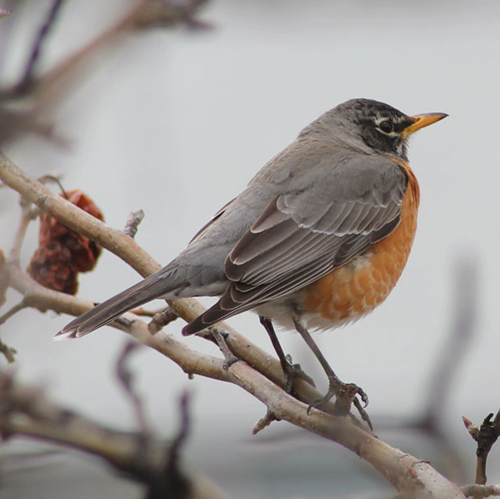 The snowshoe hare lepus americanus, one of our commonest forest mammals, is found only in North America. It is shy and secretive, often undetected in summer, but its distinctive tracks and well-used trails become conspicuous with the first snowfall. 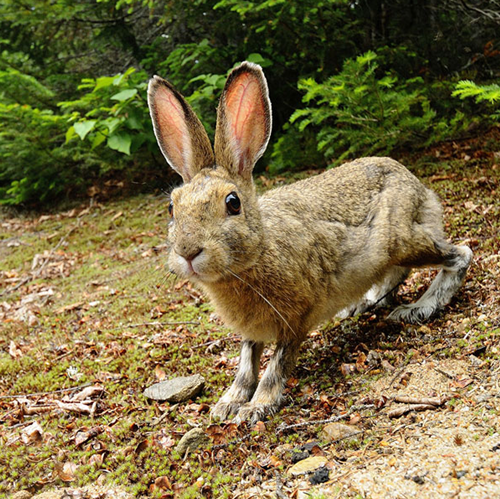 Bees bombus are winged, often hairy, pollen-gathering insects of the Hymenoptera order. Many consider bumble bees to be the most important group of pollinators. Pollinators are animals that transfer pollen between plants, allowing fertilization, which is essential to fruit and seed production. Almost 80% of all flowering plants depend on pollinators to help them transfer their pollen. 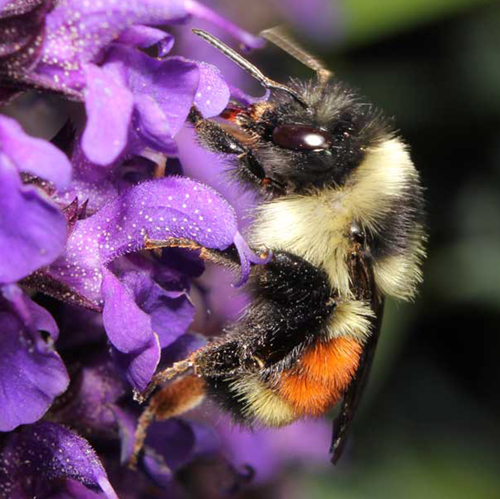 With its bright colours, large size, and slow powerful flight, the monarch danaus plexippus is probably the most widely recognized of all North American butterflies. The bright orange wings, which span 93 to 105 mm, have a thick black border containing two rows of white spots. Male monarchs also have two highly visible black spots on their hind wings. The bands of black on the wing veins are wider on the female monarch. 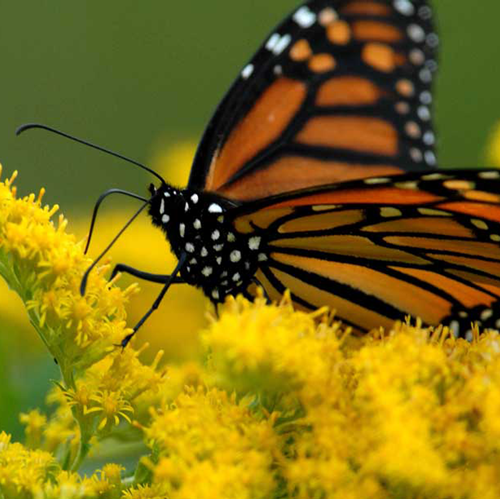 The Blue Jay cyanocitta cristata is a little larger than an American Robin, about 30 cm in length from the tip of its bill to the tip of its tail. A white-faced bird with a blue crest, back, wings, and tail, it is strongly marked with black and white. Male and female Blue Jays are very similar in appearance. The crest, an elongated crown of feathers found in many jays, is raised or lowered according to the bird’s mood. In moments of high excitement and aggression the crest may be fully erected, forming a prominent peak. When the Blue Jay is greatly surprised or excited, the crest points forward. If the bird is frightened, the crest bristles out like a bottle brush. The Blue Jay’s crest position, when erected, is emphasized by a black band that crosses over the back of the head, a continuation of the broad band or necklace across the chest. However, when the bird is feeding among other jays, when it is ready to flee, or when it is quietly resting, the crest is laid flat on top of the head, giving the bird a quite different and somewhat untidy appearance. 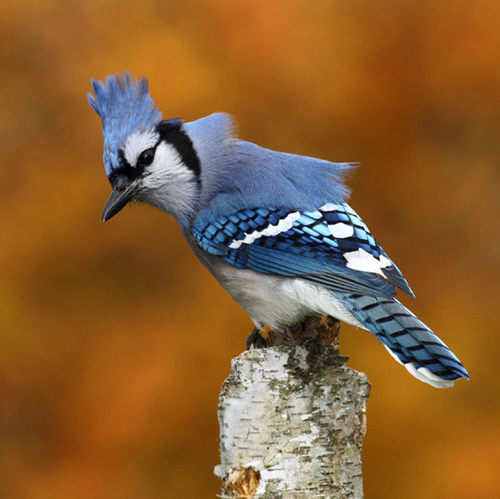